Step 1: Change the words we use

To start a worldwide change, one needs a process.

Living in harmony with nature. Understanding her messages. Changing our remuneration systems.

NERSA and Eskom keep missing people with their rules

"Normal power users — characterised by high demand in the mornings and evenings, with lower power usage during the day.

Nersa also adopted a principle that each user category must pay tariffs based on the actual cost of providing them with electricity."

As usual those of us with battery backup systems are left out. Since 2008, I've been offering to sell electricity to the grid at peak times, which could be outside solar hours, usually 6 till 8am and 4 to 7pm. How to do this? Use batteries, and East West Solar Panels lengthening the solar day and flattening the curve (someone stole this term from solar users). It is actually stupid to have all your panels facing north in a battery backup system, as you want to lengthen the solar day as much as possible.

As an alternative to this, I can remove myself from the grid at peak times and never use electricity at peak times. I should get a much better rate for this.

For decades Eskom and Nersa have been going on about "solar users generating lots of electricity during the day and then consuming it at night." That is old. It's grid tie, without batteries.

Most people in South Africa don't want load shedding and therefore have batteries in their solar systems. Some have batteries and inverters only and no solar. All these people can contribute to the grid reducing the need for Eskom to spend Billions of Rands per month on expensive diesel generation running at peak times.

Posted by David Lipschitz at 11:18 AM No comments:

Should we give up or can we improve our quality of life?

George Monbiot in The Guardian

"Nearly everyone who appears in the media, across almost the entire political spectrum, seems to accept that economic growth can and should continue indefinitely on a finite planet. Almost all believe that we should take action to protect life on Earth only when it is cost-effective. Even then, we should avoid compromising the profits of legacy industries. They appear to believe that something they call “the economy” takes priority over our life support systems.

They further believe that the unhindered acquisition of enormous wealth by a few people is somehow acceptable."

I wrote a book to solve these problems. It is called A User Manual for Life on Earth and can be found here https://www.smashwords.com/books/view/1029328 and here https://read.amazon.com/kp/embed?asin=B094W8F28G&preview=newtab&linkCode=kpe&ref_=cm_sw_r_kb_dp_R8GS3QYNZDGHSG95CZDS and if you are in Cape Town, I can deliver a signed book to you in exchange for a cup of coffee and any questions you might have for the author. 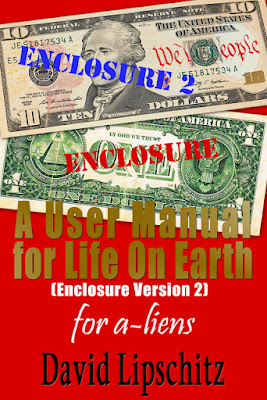 Posted by David Lipschitz at 10:37 AM No comments:

Private Utilities. Eskom, the South African utility, led by our esteemed government ministers, has cost the South African economy R40 trillion and that's assuming only 50% of new build would have been delivered since 2006 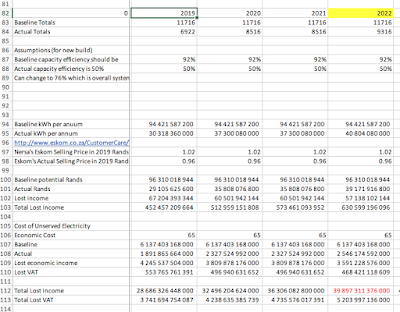 Posted by David Lipschitz at 11:19 AM No comments: