David Lipschitz and My Power Station: Some recent certificates 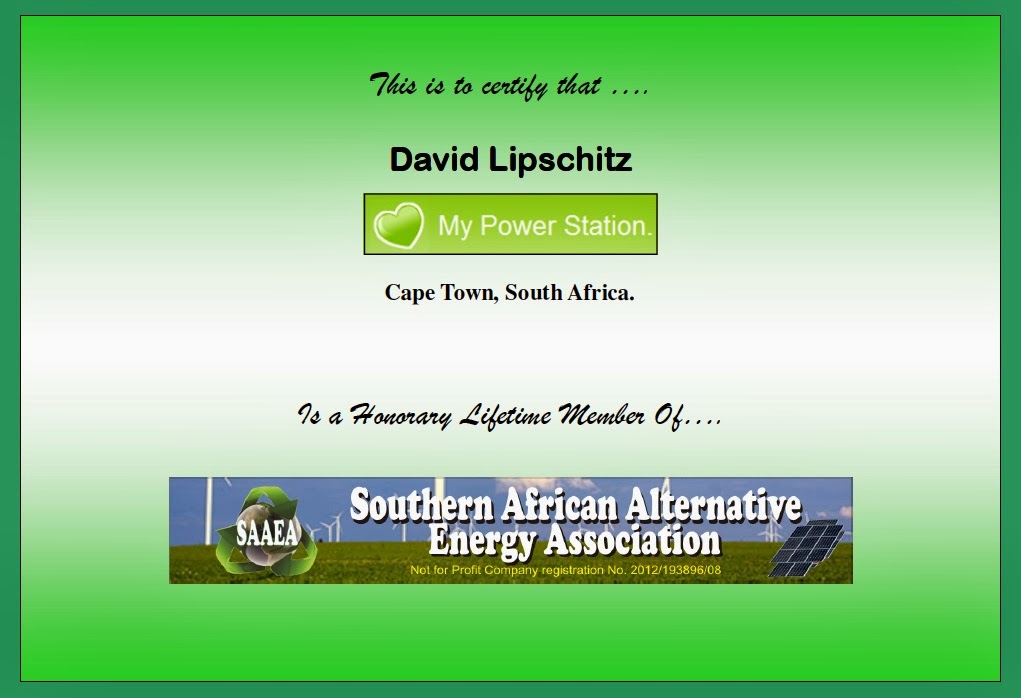 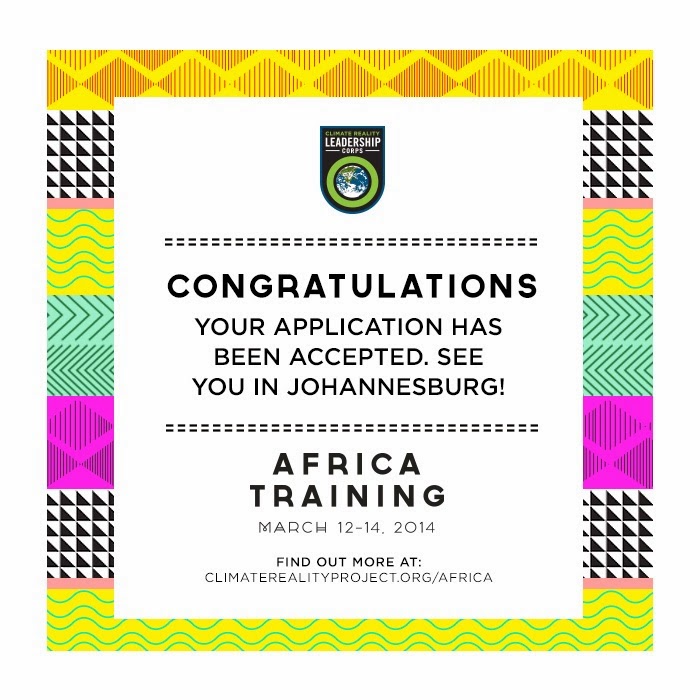 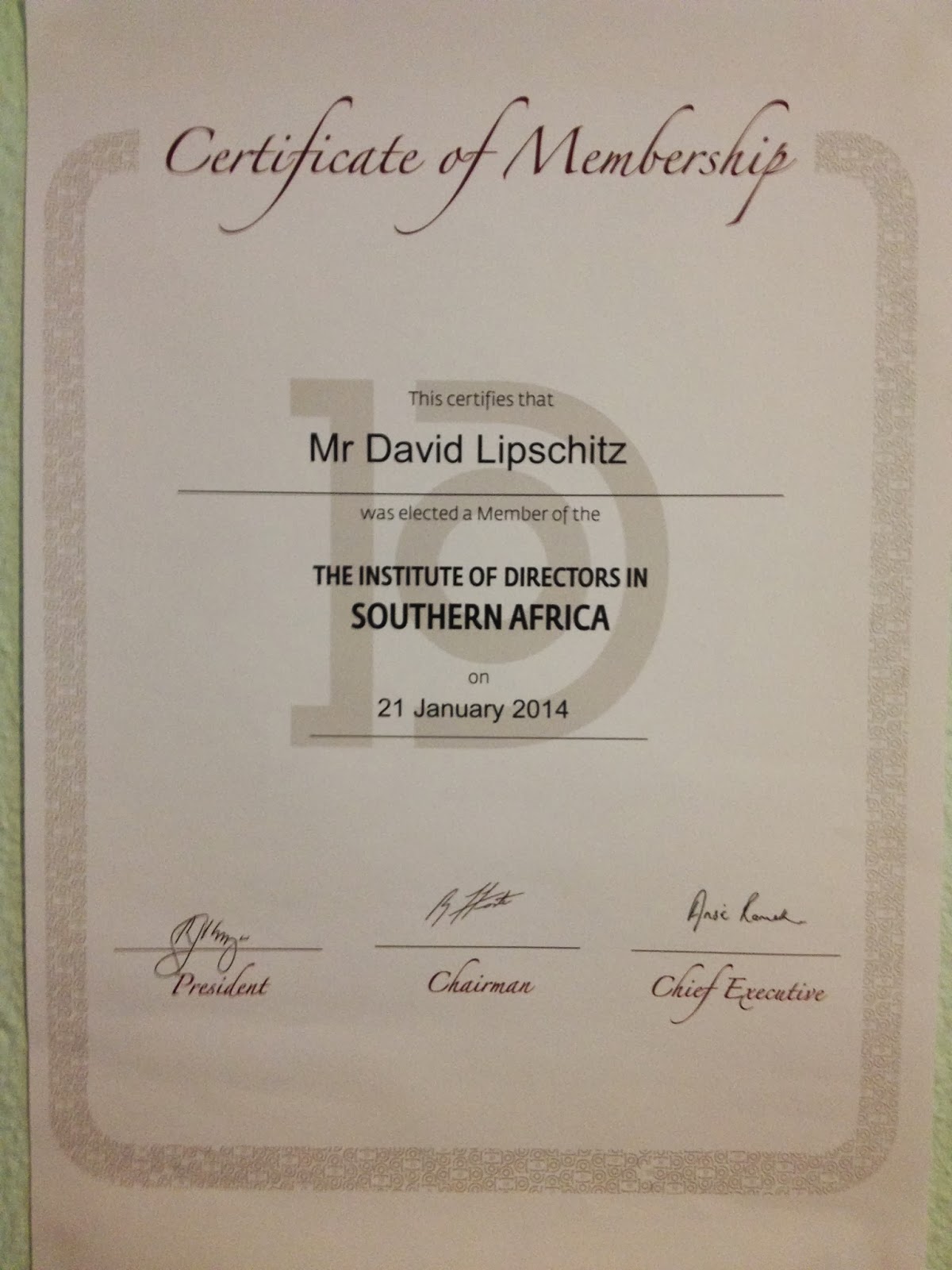 I think everyone knows I love learning and discussing, that I love meeting people, and that I love sharing.

Someone just asked me for some speaking topics.

Happy to speak on:


I can speak for 15 minutes or 3 days. You decide how long you need. You decide what format it should be; it can be a lecture or a discussion; I don't use that many PowerPoint slides anymore, but prefer to use "scrolls" (A2 posters).

I have spoken to school kids, junior and high school. I have spoken to university students, religious organisations, NGOs and NPOs (e.g. Rotary), on the radio, in movies, been interviewed by all sorts of people, spoken to parliament a number of times, spoken to Political Caucuses and Parliamentary and Government Leaders, and spoken at conferences on all sorts of topics, in Cape Town, Durban and Joburg. I have chaired conferences and I have provided input for what topics conferences should contain. And I have even had an essay I wrote appear in the conference program of a USA conference when I was there in 2009. And I have spoken on behalf of the South African Alternative Energy Association and written comments on Energy Documents on their behalf a number of times. So much so that they gave me a special award.

I can speak to Activists and I can speak to business Boards of Directors and I have had private meetings with CEO's of many companies who just want to have a talk with someone informed about electricity and its future.

People, who want to understand the energy and electricity picture, call me and ask me to explain to them how it works and where it fits in, usually specifically to their circumstances and what they need to know.

If you need me to talk to you, your friends, your NGO or your company, please give me a call.

PS: My mission is to catalyse Sharing and Trust amongst the people I come into contact this year. I believe this is the vital ingredient that is missing in South Africa. The next missing ingredient is electricity. But without sharing and trust, we won't have cheap, abundant and sustainable electricity.
Posted by Repair Your World at 4:46 PM No comments:

People have a misconception that power stations generate "base load" and that nuclear and coal and gas power stations are up 100% of the time and renewables are "intermittent." I hope to dispel these myths here and show how we can get started.

On a particular day in November, 2013, only 28 GW was available. 1/3rd of their capability was down.

I wish to propose:

This country is being hampered because of lack of foresight, lack of planning, lack of electricity, very high petrol and electricity costs, and therefore transport and overheads, compared with the rest of the world.

We are in the 21st Century. Our costs, financial, and especially, on our environment, which has been carefully crafted to sustain life, must be brought under control and must not go up anymore.

How will we achieve this? Who will take charge? The big political parties are all the same. They all want to frack. They all want nuclear. None of them care that South Africa is a water scarce country. All of them make promises they don't keep which costs investors dearly, and puts jobs as risk.

Are we voting for leaders, for their pockets, for their new cars, or do we want public servants, who have the greater good in mind?

South Africa can grow like China and many other countries grow, but it cannot do it with the current leadership..

I don't have the answers. I just know that South Africa only has 35% of its current electricity requirement, and in the 21st Century, water and electricity are two core things we need for human life.

What will we do? Fight each other? Or trust and share with each other to bring our costs down?

It is up to us.
Posted by Repair Your World at 7:00 AM No comments:

These comments must be in by 7th February 2014. Please see my comments below and also please confirm receipt of this email.

I have the following comments re the IRP 2010-2030 Update 2013:
My colleagues and I have spent R30 million over the past 6 years getting an understanding of how these questions can be answered. If the government wish it, they can pay for our time and we will show our strategy to solve South Africa's electricity, job creation, sustainability, and other crises, quickly and cleanly.

I look forward to your replies and to continuing to help doing my Active Citizen part to help make South Africa great.

Yours sincerely,
David Lipschitz
Posted by Repair Your World at 9:18 AM No comments:

In 2008, the government announced Feed In Tariffs. I was there. In Parliament. Invited by a Member of Parliament who I already knew because of my Energy Research, which started in about 2004.

Meanwhile Eskom compares (benchmarks) themselves with Enel in Italy. And Italy suffered from the same problems as South Africa. great Feed In Tariffs, but no implementation. If you want to follow this approach, then Enel is the company to follow.

The DA has learnt from the ANC. Say one thing whilst doing another. This is called GreenWashing and it leads to corporate and private investment, which then finds that the situation isn't real, and then these investors close up shop and leave.

The DA and ANC's solution? Nuclear Power, Coal Power and Frack the Karoo. Are these a good idea? Do they solve South Africa's peak demand problem? Are they water and environment friendly? Where does the waste go? How much water do they use? Do they pollute? Are there more modern 21st Century alternatives that give 24 hour "base load" electricity?

In the meantime Billions of Rands has been wasted by thousands of businesses, investors, private individuals like myself, NGO's, NPO's, and many others, trying firstly to be ready to meet the demand, then trying to fit in with regulation and then trying to work out what to do to radically increase South Africa's electricity supply.

South Africa is a resource rich, labour rich and capital rich country, with a lot of goodwill. It should be growing at 10% after inflation per annum, i.e. at 16% including inflation. But it isn't. Why isn't it and what can we do about it? And why has the goodwill evaporated?

The South African economy is close to R4 trillion per annum. 10% in real terms is R400 billion. The government is a 1/3rd of the economy, hence R133 billion in tax to government. This is a lot higher than all the money that can be gotten by taxing the things that make the economy work, for example electricity, water, rates, transport. And it can be done without government borrowing. And every year the backlog in schools, hospitals, school teacher salaries, etc, can be addressed, with change to spare and without government borrowing, and the tolls on all South Africa's roads can be removed, as they won't be needed.

If you are interested in these answers, in hearing my story, and learning why I and others are creating a new market for electricity in South Africa, email me and we'll be happy to come and share with you.

I have 15 minute presentations, one hour presentations, and presentations all the way up to detailed one day workshops. And if you'd like a week of my time, we can also arrange this. So far, it takes me about 3 days to tell my entire story and explain all the parts that make up the new system that I have developed. I am happy to have discussions and I am happy to talk off the cuff without notes and without tape recorders. If you want to record the sessions you are welcome. If you want to invite your entire staff for a motivational talk, you can also do this.

I look forward to hearing from you.


Posted by Repair Your World at 3:20 PM No comments: