“David is strongly principled and effectively analytic. He approaches each project with the objective of getting the job done and adding value.

“David has worked on both Information Technology as well as Energy related projects to my complete satisfaction.”

“David is along-standing friend and a creative thinker who doesn’t even see the box, never mind think outside of it. He is no crackpot, but an educated free thinker with several degrees.

“He is passionate about green technology.”

David Lipschitz, a computer scientist and energy analyst with a UCT and Rhodes BSc Honours degree and a Cranfield MBA, has been running a Software Development business since 1994 and an Energy business since 2008.

David motivates people to change the way they think about their environment and shows people that it is possible to live a sustainable lifestyle with minimal impact on the earth.

Book David to help you change the way your organisation thinks: www.vcita.com/v/davidlipschitz/

☂ We each have our own power stations! Are we using them effectively & efficiently?

Schedule Time With Me: www.vcita.com/v/davidlipschitz/
Posted by Repair Your World at 9:08 AM No comments: 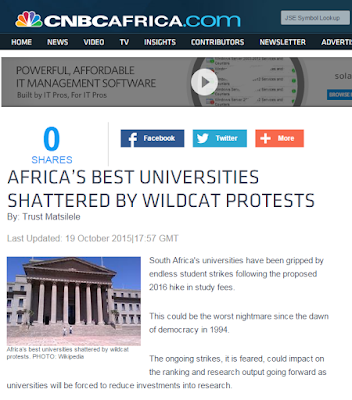 On Thursday 22nd, I am talking on "Social capital in an African renewable energy system" at the Sub Saharan Power Summit

Good timing due to the university student strikes going on at the moment.

I will be presenting an alternative paradigm where Africa can use its matric students and inherent African knowledge to solve its problems. We don't have enough university students in Africa to follow the European and rest of the world's economic paradigm.

How can we solve this problem?

What I am presenting discusses how we can solve this particular problem.

I don't expect success overnight as I have been discussing this in one form or another since 2009 and my wife and I have been practicing this concept since 1999 when I cancelled all my pension policies, and we decided to look after our own pension and our own interests, which paradoxically require us to work with quite a few other people.

Note my saying: "The rich are rich because they socialise. The poor socialists are poor because they don't socialise." What I'm saying is that the rich talk and share and work together, hence the main reason they are rich. All us poor and middle class people try to do everything ourselves, and we fail, generally.

See my RepairYourWorld BLOG for essays I have written since 2008. Search this page for "retire". Note one of the questions I ask: "Why does there need to be a cost of living?"

Perhaps this is scary for the big monopolies who want us to channel all our money via them. But if 2 billion jobs will disappear in the next 20 years, then the monopolies are out of date and we need a new (old) paradigm.

Thanks for all your ongoing support as I continue down this lonely path.

Please let me know if you'd like me to present to you or your company or your organisation?

Posted by Repair Your World at 10:38 AM No comments:

Posted by Repair Your World at 8:55 PM No comments:

So after seven years of preparation, my very first self-organised conference is Live and you can buy tickets.

"David's Homeowner Power Station Conference". With a twist. You decide its content. I make topic recommendations and I start the conference with a 40 minute keynote speech, titled, "Load Shedding and What we can do about it".

We all have our own power stations. We have power. We have internal power which makes us who we are. And we can also generate power and save power. And energy. Hence "my power station". Say it aloud. "My Power Station". :) Feels good, doesn't it.

The conference is at the Belmont Square Conference Centre in Rondebosch, Cape Town, on the 28th November 2015. I'd like to thank the Belmont Square team for helping me to make this conference a reality and for their help and flexibility. And I'd like to thank the Webtickets team for helping me with the set up and for not complaining about the numerous changes that were needed as I learnt how their platform works.

We also have potential venues in Paarl and other parts of South Africa and if you'd prefer to attend elsewhere, in South Africa, Africa or anywhere, please let me know?

Registration is from 8am and the conference is from 9am to 5pm. Breakfast and lunch will be provided and teas, coffees, biscuits and fruit will be available all day.

There will also be special presents such as bags, USB sticks, and some special guests have asked to attend. Note that in order to cover our costs the bags and USB sticks will probably be sent to participants after the conference, but watch this space. Any sponsors are welcome.

The basic idea behind this conference is that I attend very many conferences and due to my knowledge in energy and my contribution to renewable energy in South Africa, I am given tickets to the conferences and I speak at many of them. Some of these conferences cost R7,500 per day.

I want to transfer this knowledge to homeowners and small business owners, who have limited time and limited resources. I am very good at taking complex, technical issues and explaining them in plain English. And I intend to help you along your path to developing your own power station and retiring sooner than expected.

I have chosen to make this conference especially for home owners and small business owners and to charge only R750 for the day. To cover the conference costs, pay myself, and make a small profit, so that I can organise the next conference(s), and so that I can devote more time to the Research and Development I do in Renewable Energy and Energy Storage (batteries).

After that the full R750 fee is applicable.

The early bird fee allows us to get everything up and running, pay deposits, get the handouts, make sure the food is provided, etc.

Including VAT and you get an invoice made out to you or your company. We are a PTY Ltd company and we are VAT registered and our company started in November 1994, so we have been around and we have credibility.

Buy Tickets at Webtickets or email me if you want to pay by internet transfer or if you need an invoice first.

Thanks to my brother Steve Freedom for the logo and photographic manipulation work.

According to yesterday's news​,​ "The Western Cape is the most under-resourced province".

According to research I am doing​ on 19th Century US, private landowners and business people built the highways, called "pikes".

Initially they wanted to toll them, but when they realised they could make substantially more money by bringing people to their towns and for shopping at their farms along their roads, the real build out of these "pikes" started, bringing massive investment to the towns and cities along their roads.

Different towns competed to build pikes to bring people faster and more efficiently and with better stops along the way to their particular towns.

Our government isn't interested in our province anymore, allowing crime stats to spiral out of control, and my staff regularly arrive late for work ​due to an under​-resourced railway system.

The Orange Free State has a surplus of police officers, whilst the Western Cape has a shortage.

Just as ​EFF president ​Malema says, strategic assets should be owned "by the people" collectively and not taxed (tolled)​, including the tunnels and passes that are currently tolled.

I don't agree with Malema that these should be owned by government because of the huge waste at the centre.

We need the transport infrastructure for business and leisure purposes.

Tolling them is like having cholesterol build up in one's arteries, preventing the smooth flow of people and goods and capital.

This can be easily started with the reintroduction of Mutual Societies and for people to buy debentures in these companies​, giving them the finance they need to buy and maintain the infrastructure that is so sorely needed to keep South Africa great.

This was the same in 19th ​century US. Nothing new. Local people took responsibility for their towns and cities back then.

Yours faithfully,
David Lipschitz
Posted by Repair Your World at 7:45 AM No comments:

The City of Cape Town over the past two years have chased away thousands of customers by removing them from the lifeline tariff and putting them on normal tariffs! in many cases more than doubling their electricity prices.

Most recently the City of Cape Town have told pensioners that if the house they rent is revalued to above R300,000 these renters must pay a higher electricity price!

In 2009 we installed a solar-electric system and qualified for the lifeline tariff, so we applied and got it. Our average units per month are around 300 kWh (units). Then in July 2014, we suddenly started getting bigger bills.

Out of interest, the reason for the increase in kWh usage was because our geyser started using excess electricity and we had it replaced under guarantee in August 2015. Something went wrong with its insulation. We found this out because we measure our geyser and household electricity usage ourselves, and because we started having brown water from time to time.

What the City should be doing is putting everyone on the lifeline tariff who use less than 600 kWh per month, perhaps only giving free kWh to those who earn less than a certain amount. Reason? As an incentive to use less.

A person who is renting should not be penalised by a homeowner who has their house revalued, for example to get at capital in the house.

In this case, the homeowner should pay the extra electricity cost!

In the case where a house is revalued by the City, the homeowner should apply for a revision back to the purchase price of the property.

Just because houses of a similar size in a particular area are considered to have a particular value by the city and estate agents does not mean that your house has the same value.

One of the oldest problems in South Africa is the discrepancy between rates and utility costs; something our new government has overlooked, even as it tries to right the wrongs of the past.

In the early 1900's, the landowners decided that the utility costs should be high whilst the rates should be low. Landowners can own huge tracts of land without paying properly for this area's maintenance, whilst the renter has to pay relatively high utility prices.

This secret can be found in Professor Renfrew Christie's book "Electricity, Industry and Class in South Africa". The book is available online at https://play.google.com/books/reader?id=n3WjRrnNqCUC... Professor Christie published the book in 1984, whilst a political prisoner at the time.

Of-course someone living in their own home is not penalised. Their rates are higher whilst their utility costs are lower and overall their costs are the same.

The benefit of higher rates is that these are local to each city and municipality and can therefore be more equitably shared where they are raised.

VAT is also saved by the homeowner as their utility bills will be lower and VAT is paid on utility bills. Of-course big landowners are VAT registered and don't pay VAT.

Imagine the City saying come live in Cape Town where, if you use less than 600 kWh per month you benefit by paying less for electricity.

This benefits homeowners and business owners, and will create thousands of jobs in the blue economy.

And Capetonians will also get all the other benefits, like better housing, no toll roads, better security, more jobs, more electricity security and etc.
Posted by Repair Your World at 11:31 AM No comments: